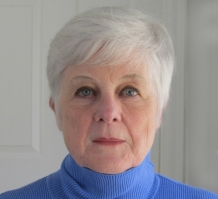 While raising a son and daughter, now adult professionals, I earned an MS in genetic counseling at Rutgers University, followed by a PhD at the age of fifty-six. I have also had a long career practicing genetic counseling, coordinating a statewide program for Huntington disease families [the New Jersey’s Huntington Disease Family Service Center], doing research in neurogenetic disorders, as well as developing clinical trials for Parkinson disease drugs.

Named one of the 20 top authors in Parkinson disease research (1996-2006) (www.esi-topics.co/parkinson/papers/a1.html), I am also recognized for research in the genetics of Huntington disease, restless legs syndrome, and ataxia, and have contributed over 75 papers and abstracts to the scientific literature.

In 1994, I published a paper on the genetics of Parkinson’s disease that helped to turn the tide of thinking within the neurology community toward accepting a genetic component to the cause of Parkinson’s disease. In 1996, I was part of an international research team that reported the location, on chromosome four, of the first Parkinson’s disease-causing gene mutation in a large family from Contursi, Italy. In 1997, our team identified the Contursi family’s mutation (named “PARK1”) in the alpha-synuclein gene (SNCA). Shorty thereafter I was first to report the association of Parkinson’s with the protein tau.

The discovery that SNCA builds up in the brains of everyone with PD has led, fifteen years later, to the first drug trial to leverage that genetic breakthrough. On July 31, 2014, the Austrian biotech company, AFFiRiS AG, announced the results of a trial to test a drug designed to treat Parkinson disease by countering SNCA’s detrimental effect in the brains of people with Parkinson’s. A small, primarily safety study, its success allows this new treatment approach to move onto larger studies. You can watch the webcast announcement and read my reaction to this announcement, First Steps Towards a Vaccine for Parkinson’s disease, on the American Parkinson Disease Association website: http://www.apdaparkinson.org/.

Finding myself diagnosed with the very disease for which I helped find a causative gene, I now experience the race toward the development of new treatments with an additional sense of urgency.